The module is based on the EMILYO CSDP Standard Curriculum which is the major component of EU training activities in the field of Military Ethics to develop and promote a better understanding of the moral dimensions of war and terrorism as an integral part of the Common Foreign and Security Policy (CFSP) of the European Union. The major aim of this module is to analyse the practical problems faced by actors (individuals, military organizations, states, and intergovernmental organizations) in adhering to ethical principles during the war.

More information and the application for participation in the seminar are provided at the following link. 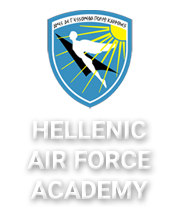